This is the only transcontinental city in the world.The Bosphorus Straits splits the city into two, the west side is in Europe while the east wide is in Asia. This is a city with 2600 years of history and was once the capital city of the Roman Empire, the Byzantine Empire and the Ottoman Empire. East and West civilization meet here, Christianity and Islam coexist here, tradition and modernity collide here.It has been known for its excellent geographical location, rich historical sites and fascinating fusion cultures since ancient times. Its mosque, museums, churches, palaces, fascinating buildings, small streets and lanes, have so many people falling in love with it and keep coming back; this is Istanbul, a beautiful city created by the fusion and conflict.

This is a photographer’s Paradise. With its rich culture, magnificent ancient buildings and the people. There is definitely no lack of interesting subjects to photograph.Here I will share some photos taken in this wonderful city.

Blue Mosque is without doubt Istanbul’s landmark building. The magnificent, unique and luxurious Mosque was built during the Ottoman Empire. The blue mosque got its name because of blue-glazed tile of the internal walls of the mosque. In fact, its real name should be the Sultan Ahmet Mosque (Sultanahmet Camii). It is also the center of old Istanbul. The Sultan Ahmed Mosque was built during the reign of Sultan Ahmed I, 1609-1616. 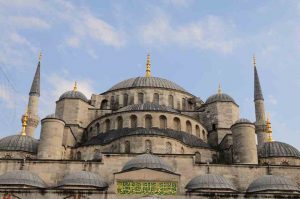 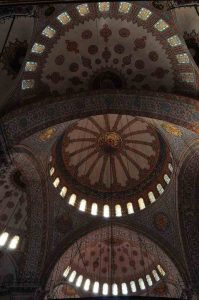 Aya Sofya is located opposite the Blue Mosque. Before 1453, it has been the Byzantine Empire’s main church, it was later occupied by the Turks and converted into a mosque. This is a famous historical building in Turkey,it was being built from the year 325 AD. The Aya Sofya building we see today has been through a series of the wars, reconstruction and expansion. It represents part of Byzantine culture and the mosaic of the cathedral mural will tell you the history and let you appreciate the beauty of Byzantine art. 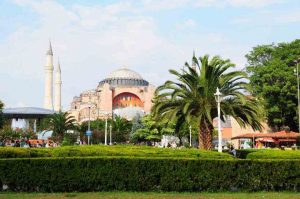 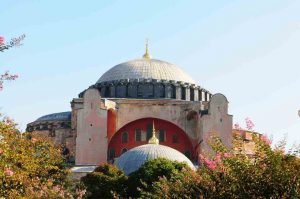 Galata Bridge across the Golden Horn Bay, is the main gateway of Istanbul. Galata Bridge has gone through several reconstructions, the existing Galata Bridge is the fifth in history and was completed in 1994. The length of the Bridge is about 490 meters. The middle section of the bridge can be opened to allow ships to pass through. Since the 19th century, the bridge is often mentioned in Turkish literature and art. 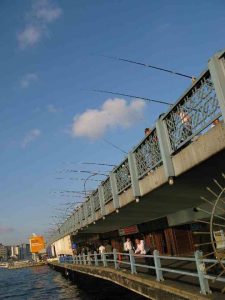 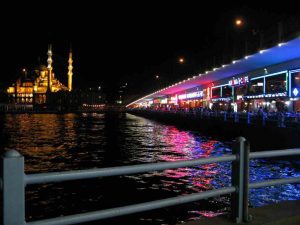 Istanbul’s Grand Bazaar is one of the largest and oldest Bazaar in the world. It is so large that it has 26 entrances, with at least 58 indoor streets and over 4,000 shops. Built by Sultan Mohammed II from 1455 to 1461, the Grand Bazaar consists of 12 main buildings, with 22 doors, mainly selling jewellery, ceramics, spices, carpets and other items. Many of the stalls are centrally managed, such as leather and gold jewellery. You can find almost everything in Grand Bazaar including scarf, clothes, gold, carpets, blue glasses, apple tea, desserts, coffee and other kinds of Turkish local products. When shopping, be sure to keep your eyes open to watch out for all kinds of temptations and traps. This is a good place to exercise your bargaining skills. 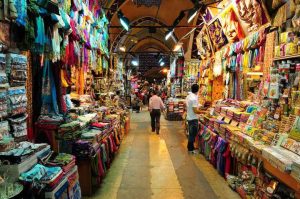 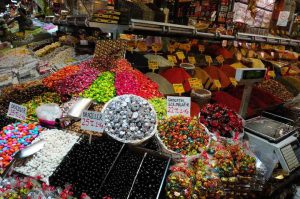 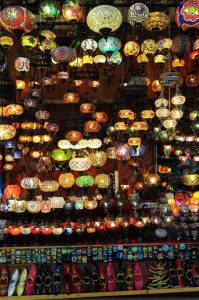 Turkish kebab is very famous. It is a must try when visiting Turkey. Delicious food does not mean you have to go to the restaurant, those kebab and street food are also very yummy.Want to try some light food, you can also easily find grill corn, chestnuts, crispy sesame bagels on the streets.The Turkish ice-cream is also a must try. Not only it is delicious, the ice-cream seller will perform various action to amuse you to delight your day. 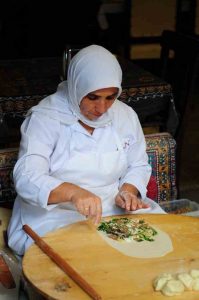 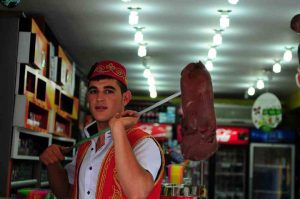 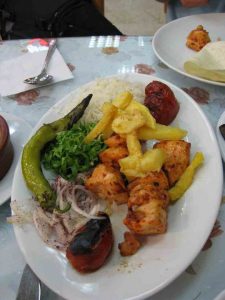 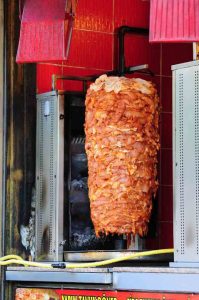