Pay attention to the background

Example on the left below, the bamboo happens to be right at the top of the Christmas tree. It is a bit distracting and will cause viewers’ attention. A very simple thing to do is just move yourself to either to the left or right slightly and you will capture a much nicer photo as shown in the right. A subtle thing like this can make a big difference in the end result.

Another way to reduce the distraction is to make the distractive background out of focus and blur as shown in the right hand side photo below. How to achieve this? Well, you will have to adjust your aperture to use large aperture (more on this in the upcoming article). Normally it means use the largest possible aperture on your lens (smallest number i.e. F2.8/F3.5)

Another rule of thumb for good composition is simplicity, meaning less is more. Instead of including everything you see in the scene, zoom in closer and fill the frame. Think for a while which elements do not add to the photo and exclude those elements. . On the other hand, sometimes, it is better to include some of the environment to tell a more complete story.  Try to keep the background environment as uncluttered as possible and only include the elements that make your image stronger.

Here are some examples: See how simple these photos are!

Leading lines are everywhere in urban area or in the nature. Road, railway, pathway, fence, bridge and building structure in the city can be used as leading line. River, shoreline, cliff, lines of trees and foot trace in the park or beach are all possible leading line. We just need to look for it and use it to draw attention to the main subject we would like to show and capture.

Here are some examples: 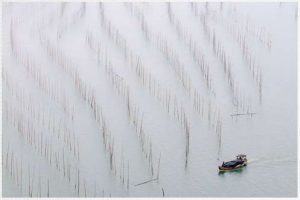 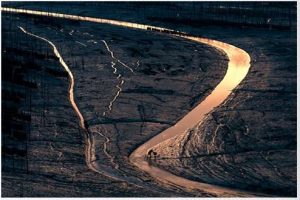 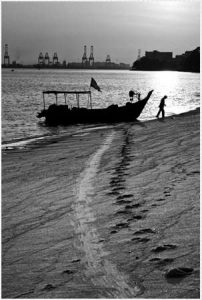 One of the most important skills in photography is composition, and the most well-known and basic guide to compose photograph and painting is the Rule of Thirds.

In fact, the theory of rule of thirds has existed in ancient times. It was invented by the ancient Greeks, the geometric formula’s main purpose is to show harmony. Apply it to photography and the photo taken will more likely to look natural and more pleasing. Da Vinci paintings “Monroe Lisa’s smile,” the main character happens to place at the golden section of rule of thirds!

So what is Rule of Thirds?

Well, the “rule” basically suggests that instead of placing our main subject in the center of the photo frame, it will be more pleasing to place it at any of the intersection of the lines showed in the diagram below: 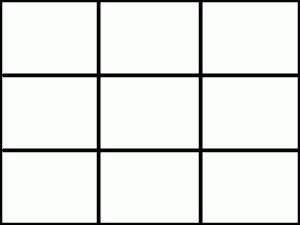 Below are some examples to illustration the principle and usage of this guide: 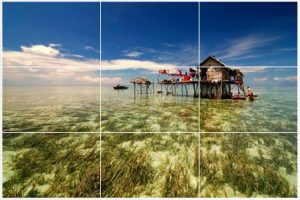 In the photograph above, the horizon sits at the horizontal line dividing the upper third of the photo from the lower two-thirds. The house on stilt is placed near the upper right intersection point. 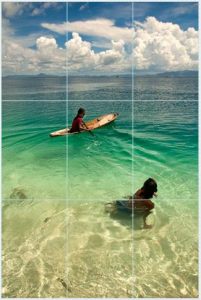 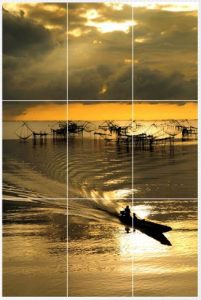 Here are another two photographs that make use of this useful fundamental composition guide. Again, the horizon is not placed at the center but close to one third of the frame and the main subject is placed near the intersection points.

Beyond rule of thirds

The newer trend in photography is to place the main subjects or focus point outside of the rule of third intersection and closer to the edge of the frame. As shown in the two photos below, the main subject, the boat and the lone tree are placed towards the edge that creates a more artistic feeling.

Rule of thirds is applicable in most situation. However, for symmetrical scenes or subjects, it is okay and sometime better to place the main subjects in the middle, like the photo below. 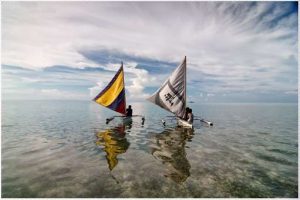 Another good practice for good composition is to leave some negative space or breathing space in the photo. As shown in the example below, there are plenty of “empty” space on the left side of the frame. By leaving the breathing space in front of the boat also provide a sense of direction. 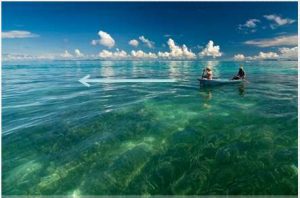 Beginners should make good use of the Rule of Thirds to take photos. Although not every photo should also use this technique, the rule of thirds is indeed the basic knowledge photographer must master and exercise!